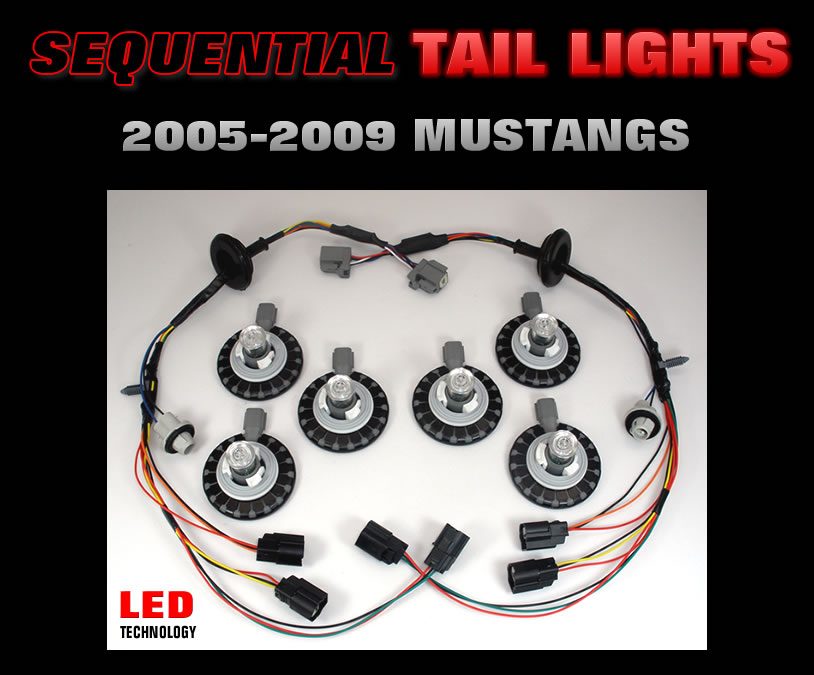 Ford and OSRAM, a division of Sylvania and the largest automotive LED manufacturer in the world, spent a great deal of time and money to get the new Mustang LED technology right.  The result, cutting-edge LED technology that is designed specifically to meet the demands of automotive applications. 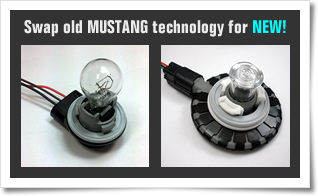 Upgrade your Mustang to the latest LED technology

Monzter Automotive now makes that very same OSRAM LED technology available to owners of all 2005-2009 Mustangs, in a complete plug-n-play kit.   With this kit, Monzter provides a superior sequential LED solution, while allowing 2005-2009 Mustang owners to match, as close as possible, the proven LED technology that Ford put into all 2010+ Mustangs. 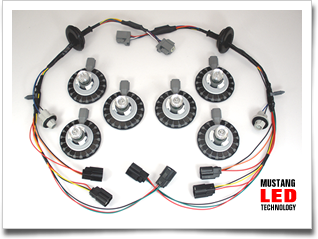 Monzter Automotive’ sequential LED kit is plug-n-play.  You open the box and see two specially designed, OEM quality harnesses and six OSRAM LED units, just like the ones that are used in the newer Mustangs.  All you have to do it unplug your existing tail light harnesses and incandescent bulbs, then plug in the new harnesses and LED units in their place.  The OSRAM LED units have a special adapter, designed and installed on the LED units by Monzter, which allow them to fit perfectly into the standard 2005-2009 tail light housing.  It is virtually impossible to screw up the installation.  In 20-30 minutes you can have your Mustang on the road and showing off.  [See how they fit] 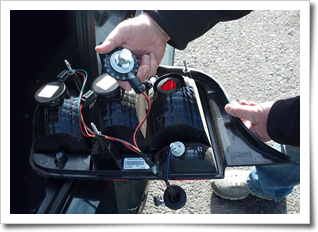 As mentioned, the same LED units that come in Monzter’s sequential LED tail light kit are used by Ford in the newer 2010+ Mustangs.  This means that replacement LED units are available from Ford dealers.  In fact, that’s about the only place you can find them. Auto parts dealers don’t carry them, probably for two reasons.  First, these LED units are designed to outlast the Mustang itself, thus there’s little demand for replacements. Secondly, these LED units are not a cheap Chinese product so they can be costly to have sitting around gathering dust on the shelf. 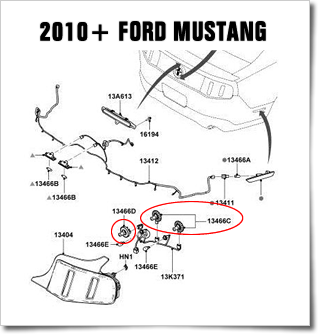 Call a Ford dealer and ask for a replacement LED tail light unit for a 2010+ Mustang and you just might drop the phone at the response.  Dealers typically quote $70-$80, plus tax, per each LED unit or bulb.  The Mustang requires six LED units, so that’s between $420-$540 plus tax if you wanted to acquire the LED units from a Ford dealer.  But the LED units are only part of the solution.  You would also need harnesses with microprocessors to control the sequencing and to connect to the LED units.  Oh yes, don’t forget the special adapters you would have to construct to allow the LED units to fit properly into your Mustangs tail light housing.  Add all of this up and you could easily be looking at $650-$800 plus a great deal of time.

Monzter’s complete kit currently carries a retail price tag of only $389.  That’s less than the cost of the six Ford dealer LED units alone.  Then add in the two harnesses and the necessary adapters and this kit becomes an excellent value.  Specials and promotions are not uncommon and only make a great value a super value!

Once ordered, the complete kit usually arrives in two to three days if you’re in the USA. Installation takes only 20-30 easy minutes.  That’s it.  Your 2005-2009 Mustang will have a fantastic LED solution that is comparable to the newer 2010+ Mustangs.

If you want the best LED sequential solution for your Mustang, this is it!

You won’t find a better LED solution than Monzter Automotive’s for your 2005-2009 Mustang period.  If you want to keep your Mustang as close to a true Ford as possible this is it.  Plug-n-play and show off the new look, and never worry about changing your bulbs again.